Gentleness is a command that, I fear we fathers have neglected for far too long.

I am using the word “gentleness” purposefully.

Ephesians 6:1–3 provides instructions for children to obey and honor their parents.

However, immediately following Paul’s admonition to children, we find this command in verse 4:

“Fathers, do not provoke your children to anger, but bring them up in the discipline and instruction of the Lord.”

Gentleness before Discipline and Instruction

“A soft answer turns away wrath, but a harsh word stirs up anger.”

Harshness is provocation. Because softness (some translations say “gentleness”) “turns away wrath,” it must be at the heart of discipline and instruction. But why is this word directed at fathers?

Gentleness the Opposite of Harshness

It is for the same reasons that specific commands are addressed to husbands and wives in the Scripture.

Because these specific roles matter and mean something.

They are not random. They are not cultural constructs. And they cannot be changed at will.

They are designed. They transcend culture. And they are meaningfully permanent.

In chapter 6 of The Relational God, I examine the curse that happens to humanity at the fall. I observe that the curse can be posited from a male perspective as the husband ruling over the wife—taking advantage of her desire—or, from a female perspective, as the wife desiring the role of the husband—being disappointed in his leadership. The sin for wives is a lack of submission. The sin for husbands is authoritarian rule.

So, too, over other aspects of the home.

As a father, I want so desperately for my children to self-parent. I don’t want to have to teach them how to obey. I simply want them to obey. When they do not, I become angry.

Harshness is most often the direct result of anger and selfishness. And, men, this is our particular bent after the fall: authoritarian rule, selfishness, not wishing to answer to anyone, and having everyone follow our orders.

So what is the answer?

We are to be peacemakers in the home. We are to train and instruct (which, as I discuss in the book, are the very roots of discipline). At times, we are called to implement the rod of punishment, but our first line of defense should be training and instruction. And all of this should be done with gentleness considering what discipline is supposed to yield according Hebrews 12:11:

“For the moment all discipline seems painful rather than pleasant, but later it yields the peaceful fruit of righteousness to those who have been trained by it.”

Discipline should be yielding the peaceful fruit of righteousness, and gentleness cultivates that.

Gentleness is something that is learned. It is a skill. And, this skill routinely goes untaught because harshness is easier. It is easier precisely because kids respond to your authority as a parent. God designed it that way. Indeed, what is the opposite of “the peaceful fruit of righteousness”? What happens in almost all of our hearts when we are subject to authoritarian rule for too long?

The Opposite of Gentleness

Fathers, I urge you to read the section I wrote on “Discipline” in my book (this is not a sales pitch, this is important . . . email me and I’ll send you a free copy of the eBook). I spent so long going over what I learned about training and instruction while working in a group home setting in order that we might think deeply about what we want from our children.

If we are giving them instruction, have we worked with them on what it looks like to correctly follow that instruction—or does your voice just get louder when they are not obedient? If we are trying to teach them to be respectful, have we set the expectation about what that means and how to achieve it, or do we just feel like a failure every time they “get an attitude”? Fill in the blank with anything about which you are currently struggling with your child. Instruction is hard work, and it involves time that we often don’t have. Anger is an easier short-term solution, but ultimately it provokes rebellion.

Also remember that this approach is exceedingly easier to cultivate the younger your children are. Moving from an authoritarian regime to an apprenticeship feels exceedingly different if our children have lived under authoritarian rule for too long. Anger (Ephesians 6:4) and/or discouragement (Colossians 3:21) will be prevalent in our households if we lack gentleness. Men, do your children lack righteousness or peace in their lives?

I am so convicted about this—even as I am writing—that it makes me want to weep. I just want my kids to listen; yet, I have not been taking the time to really teach them of late. Instead, I involve myself in tasks and project, and I just bark orders. I am disciplining like a child.[ii] I have also been lax in applying consequences because that, too, takes time. What hope is there for any of us if the people writing the books and preaching the sermons are in the same boat?

The Gentleness of God

As I mention above, “gentleness” seems to be a neglected topic. Similarly, the gentleness of God is not something that we regularly dwell upon. But it is an important enough characteristic for God to command it of His people time and again—particularly in areas where gentleness might be absent, such as in conflict (Galatians 5:23, 6:1; Colossians 3:12; 1 Timothy 3:3; 2 Timothy 2:25; Titus 3:2; James 3:17; 1 Peter 2:18; 3:4, 15).

Surprisingly, it is predominantly in the Old Testament that this characteristic of God is highlighted (2 Samuel 22:36; Psalm 18:35; Isaiah 40:11). Yet Jesus describes Himself as “gentle” (Matthew 11:29–30); and He tells us that the way to know the Father is through Him. Our Father in heaven wants us to realize that He is gentle in His dealings with us, and this makes sense when we think about the metaphor.

For those with young children, think about how much more powerful you are than they are. You could literally crush them. It would not be difficult. You are better in all things than they are. You are smarter, more athletic, bigger. Their life is so much smaller than yours. And it is the same between God and us.

God, as our heavenly Father, deals with us in gentleness. Even when we feel a somewhat crushing weight, He is being gentle.

The Peaceful Fruit of Righteousness

Remember how I described harshness as most often the direct result of anger and selfishness? James, in his letter, reminds us that “the wisdom from above is first pure, then peaceable, gentle, open to reason, full of mercy and good fruits, impartial and sincere” (James 3:17, emphasis mine). These characteristics come from “above.” It is God’s way, and it is marked by gentleness. The very next verse shows what results from embracing this “wisdom from above”: “And a harvest of righteousness is sown in peace by those who make peace” (v. 18). Sounds familiar, doesn’t it?

It is almost the exact same language that the author of Hebrews used about the results of discipline – “the peaceful fruit of righteousness” (Hebrews 12:11). And God, as our heavenly Father, is trying to develop “a harvest of righteousness,” which is “sown in peace” in our lives (James 3:18).

We might not feel at all peaceful or righteous, but God’s gentleness will establish those things in our lives if we will surrender to His discipline and abide in Him.

Thankfully, we’ve already seen where our hope lies. Think back on the story of the Prodigal Son. Our hope is in the One who can lead the way to joyful service; who knows when to remind the older brothers among us to show grace and generosity (the pathway to joy from dutiful service); and who can embrace the younger brothers among us after they have sinned (the path back to dutiful service from misplaced joy).

This is not something we can do in our own strength.

[i] The word translated “righteousness” is actually the same as the word translated “justice.” It is dikaios. And that is at the crux of my statement. The absence of justice breeds anger. You do not have to look far to find people who are angry because they perceive (rightly or wrongly) a lack of justice.

[ii] This was a concept from my pastor, Aaron Rayburn. When we discipline in this way, we are treating our children how they treat one another. When children are trying to get their siblings or friends to do something that those siblings or friends don’t want to do, their voice tone merely gets louder and more emphatic. Sometimes they might even get physically aggressive. This occurs, because they have no real authority in the situation.

[iii] If you’ve ever heard Christians talk about “knowing Jesus,” “needing Christ,” “being saved,” “asking Jesus into your heart/life,” etc. These are all phrases for the same thing. You can read my post How to Be Saved for some additional clarity.

In Episode 5 of The Socially Remote, we mention that we will be using chapter 3 of The Relational God to springboard into a discussion about discipleship for Episode 6. Below is a PDF of the Intro through Chapter 3 of the book, courtesy of Tusitala Publishers (although they think this section goes better in context of the whole book, and would encourage you to purchase from Amazon . . . but, hey, if you want to test drive, here you go!).

This post is part of a group of reflections about Life. 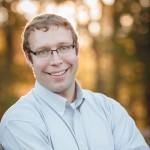